I currently work at Zalando as an iOS Software Engineer.

My skills include Swift, Objective-C, Java, C#, PHP, JavaScript, and others. 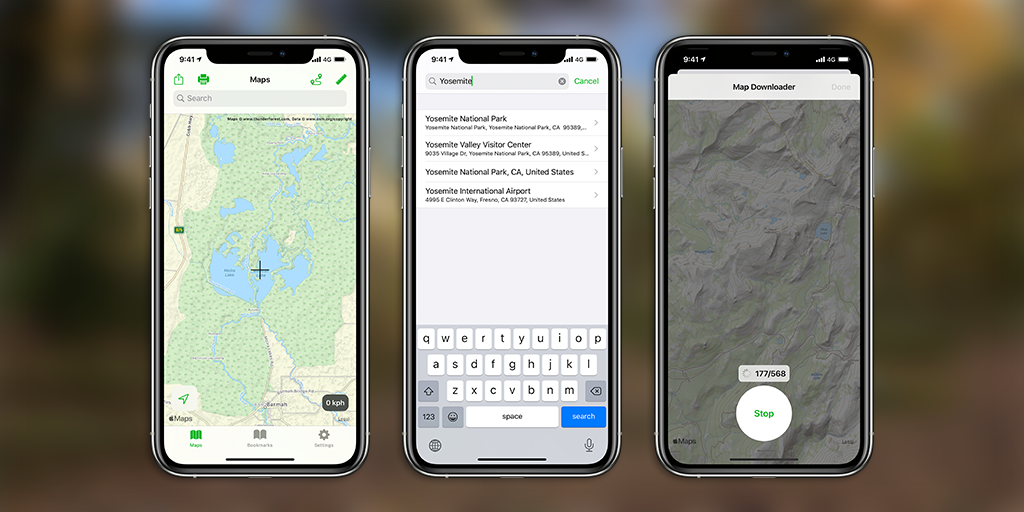 Topo Maps is my most successful app. It has reached the #1 spot on the App Store Paid Apps Charts multiple times.

It is available for iOS, watchOS, and macOS. I initially published it in May 2015, and I've been updating it regularily ever since.

The app contains useful features such as map downloading, bookmarks, cloud syncing, location sharing, and many others. 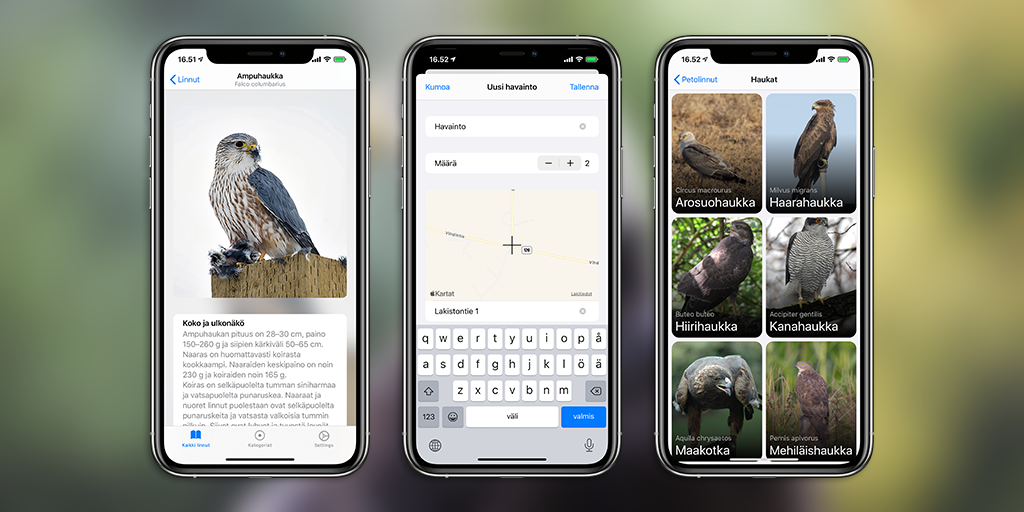 Bird Guide (Finland) is an app with all the birds of Finland. 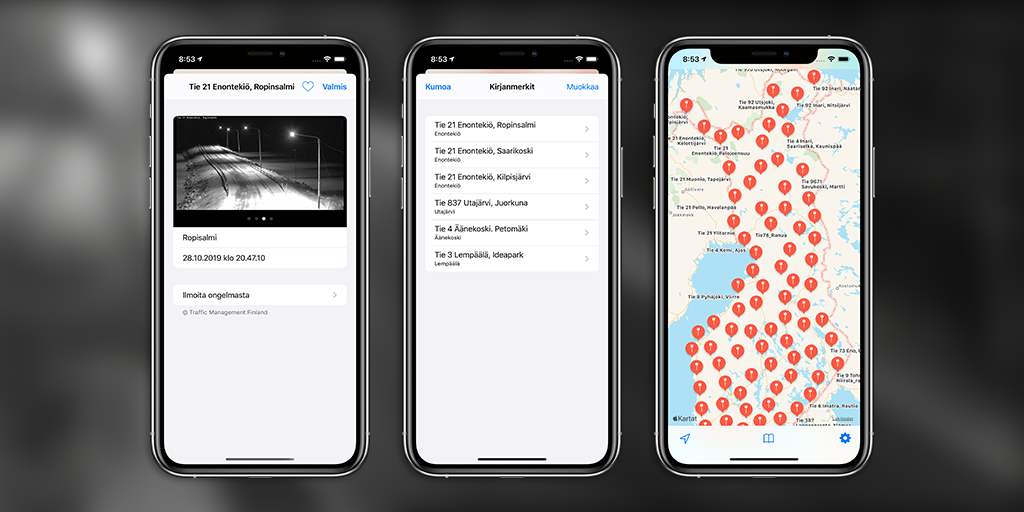 Road Cameras (Finland) is an app that shows a live feed of all main roads in Finland. The app is useful for checking the weather and the amount of traffic.

A favorite camera can be added as a widget to the device's lock screen for extra-fast access.

You can also see historical data for each camera for the last 48 hours.

The app is free of charge. 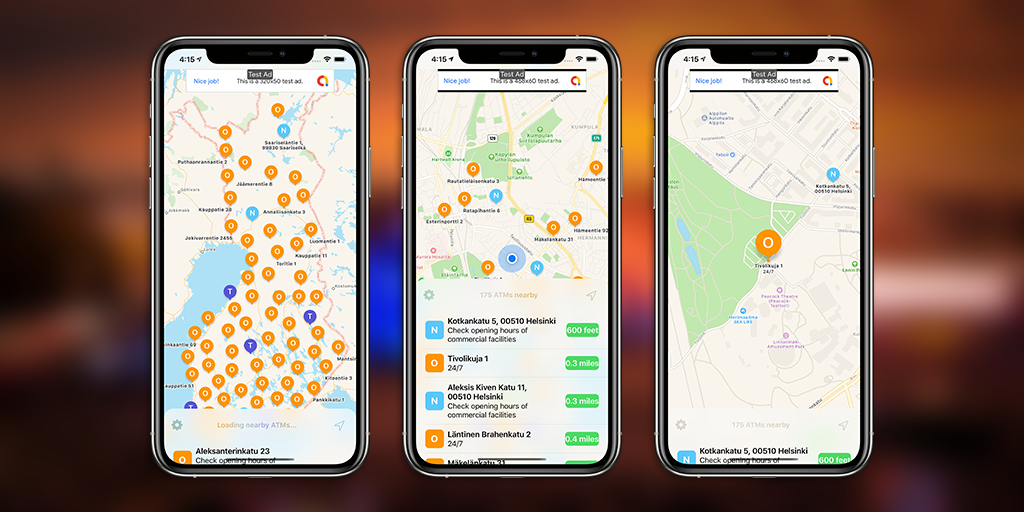 ATM Finder (Finland) is an app with a list of nearest ATMs in Finland.